Connections and social gatherings are the reasons due to which humans thrive. We are social animals, if we are confined within four walls much like now we tend to go a little crazy. Building relationships and nurturing social relations are the end motive of every action we carry out. So when it comes to social gatherings and celebration we must take the first step of letting people know they are important.

Which Generation Likes the Digital Invitation?

Invitations have served as a token of importance from the time humans gained enough consciousness to celebrate their milestones in life with others. Invitations are one of the most integral parts of an event and there is no way you could possibly skip out on sending out invitations. Initially, in the ancient times we had papyrus scrolls that eventually involved the form of paper invitations that millennial are pretty much aware about. The next generation, Gen Z mostly saw the paper invitations during their rudimentary years of growth from thereon that generation as well as generation Alpha have been mostly accustomed to paperless invites or digital invites.

Which Generation Likes the Traditional Invitation or Paper Invitation?

In this article we would list all the necessary points of reason and considerations that one might need to settle this argument for once and for all. We say “let the hunger games begin”.

Here we list down all the possibilities and points of deliberation that should be thought upon while choosing between traditional paper invites and digital invites. We thoughtfully and have extensively pondered over these points and now lay them in front of you.

Importance of Paper or Traditional Invitation

The first and foremost argument of favouring paper invitations is the perception of seriousness and sophistication that comes with it. The effort that is put into design, choice, package and a paper invite creates an illusion that the event planning committee or the hosts are extremely serious about the gala or meet or celebration. If it is a wedding invitation it shows how formal and sophisticated a wedding is going to be. This acts like a messenger to the guests, about the dress code and etiquette they would be asked to display at the event. Often party guests feel privileged or rather important in getting traditional paper invites through the mail.

The biggest argument that paperless or digital invites offer is the fact they have next to no impact on our precious earth. For an environmentally woke or rather a conscious couple digital invites can be the ultimate form of representation. Imagine designing a paper invitation and then getting hundreds of those printed, depending on the guest list then you will have to package them into envelopes each one of them needing a separate one, lastly you will stick on those envelopes though cute and little but still made of paper postal stamps.

Can you imagine the amount of paper that would get used in a single wedding? Now multiply that number with ten million weddings in India alone. What becomes of these invitations after the wedding or the event is done? Nothing all of them go to waste except for the hosts who save it for sentimental values. Instead imagine paperless invitations, absolute zero waste. You design one single template and send it through the enormity of modern connectivity, the internet, creating zero waste and impacting earth in the most minimal way possible.

Imagine opening your post box and getting a traditional paper invite. The stuff that dreams are made of, with all the razzle-dazzle, sophisticated rich colours, elegant designs and flowy rich typography. A paper invite oozes style and vogue. When compared to opening a paper traditional invite checking your email seems like poles apart. The traditional paper invite carries with itself an old-worldly vintage charm that seems to be lacking in the new digital invites.

But what we often forget is the fact that we live in the 21st century and though we cannot recreate the same charm, the innovations and technology of the now empowers us to create perfectly astonishing invites. Imagine the opportunities to get creative are endless. Remember those incorrigible pop-ups that you never get a break from, what if you can send a party invite or a fun event invitation as a pop-up with great bold colours.

We all have had our fair share of wanting to be treasure hunters, now imagine if you could incorporate a treasure hunt in the digital invite. Now don’t go all crazy while planning, keep it short and relatively easy for your guests to solve and stumble upon the actual invitation.  Digital invites do not mean informal, it is not a character trait. Corporates and MNCs now prefer to go digital all the way and send out sophisticated digital invites for annual meets, galas and more.

Digital invites today come in all shapes, forms and colours. They can be loud and funky or subtle and simple. It all depends on your personal style and preferences. You can get a digital invite designed to accommodate all your needs as the restrictions of size and reach do not matter anymore.

Competition Between Mailbox vs. Inbox

One of the only problems that you might face with digital invites is that it is not so effortless in reaching both the young as well the old. If it is an event you want to invite your whole family or acquaintances to, from the oldest of the elders to the newest addition of the family, a traditional invite assures reliability with everyone having an address, but a digital invite solely depends on your medium of communication.

Counting the Invitation Through Cards

When you send paper invites you have the opportunity to clear up the air on who is invited to the event. You have the chance of mentioning plus ones, the whole family or just the couple from the title of the guest only. When you send out a paperless invitation you usually address them to a common profile. This keeps the invite open to assumptions and interpretations on who’s invited. Worry not this problem can be solved too if you just put in a little more time and effort.

If you send out digital invites and create a Facebook event of the same then people can coordinate between them regarding rides, stays and other things. You can keep people updated; build up the anticipation till right before the event and communicate changes if any. The event or invitation automatically synchronizes itself into the guest’s calendar and makes reminder an easy job.

When you send out a digital invite for any type of event, it makes RSVPing much easier, faster and communication a two way street. You can plan better for your event if you have an idea of how many people would actually make it to the event. Handling the catering, venue, party favours and other things become considerably easier when you have a number in your mind.

We laid in front of you all the points we could possibly come up for deliberations and discussions. We dissected each point from every angle possible and suggested alternatives where they are present. When it comes to choosing a form of invitation you should consider all points in regards to your event. Although if it did fall into our hands, we would definitely choose digital invites purely for the ease of sending out and well this world hasn’t got time to stop. 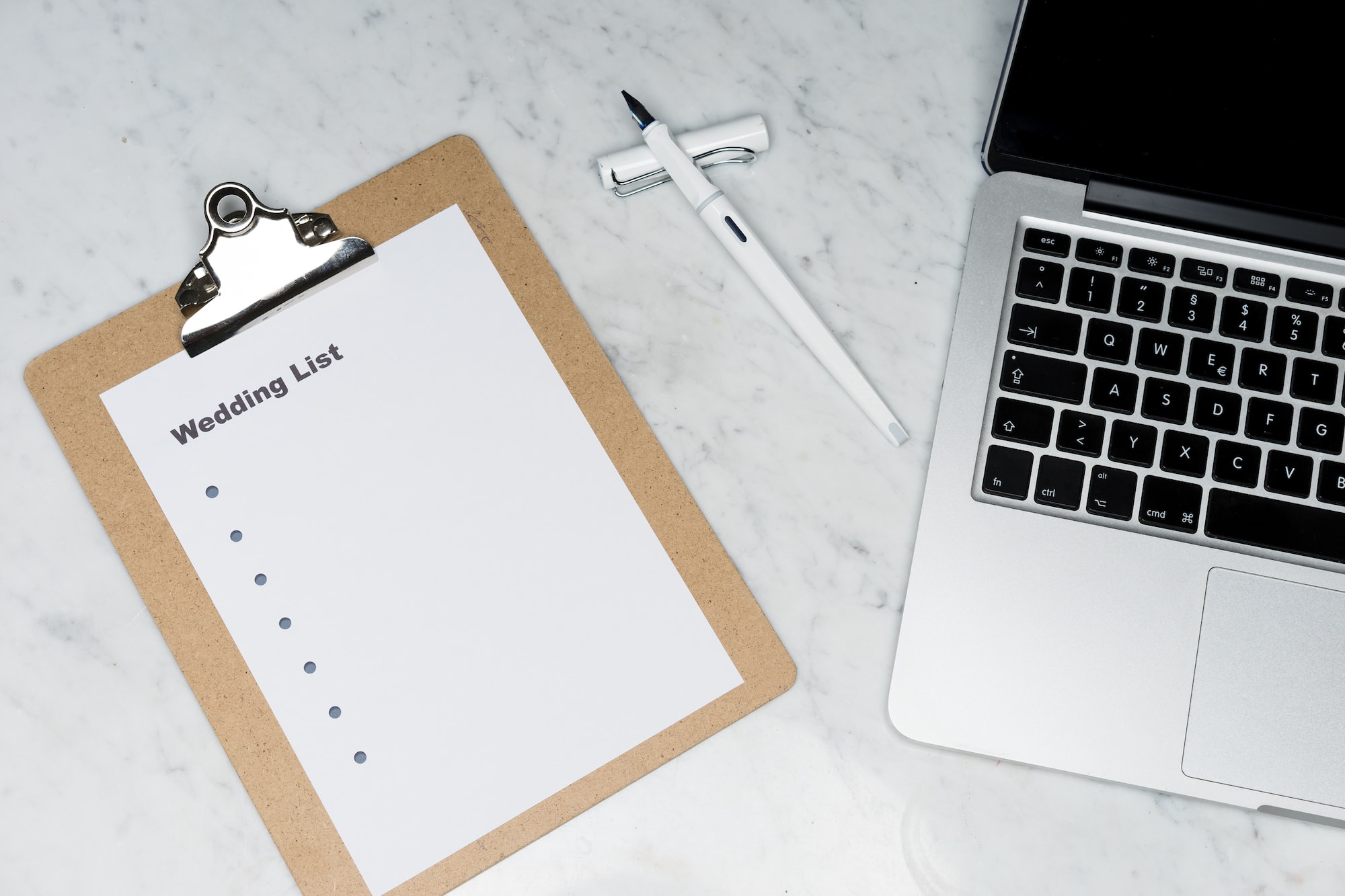 With patience and careful consideration, you will be able to create a guest list that perfectly fits your wedding. We have curated this list to be followed in a step-by-step fashion. 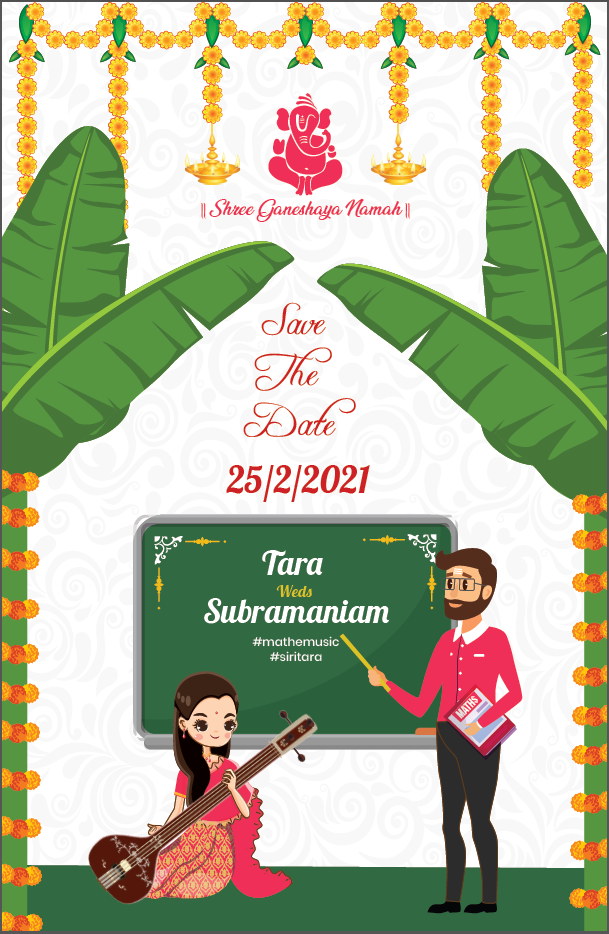 The millennials have a way of doing everything unique, even sending their
One thing that gets unnoticed or you just happen to recall at the last moment is engagement and wedding ceremonies invitation cards. Here are our in-house created, some of the best designs for your engagement 2021!

With patience and careful consideration, you will be able to create a guest list that perfectly fits your wedding. We have curated this list to be followed in a step-by-step fashion.

The millennials have a way of doing everything unique, even sending their
One thing that gets unnoticed or you just happen to recall at the last moment is engagement and wedding ceremonies invitation cards. Here are our in-house created, some of the best designs for your engagement 2021!